Trix’ Travels was created with full cooperation of Trix the cat. She has been perfectly safe and lazy during the entire process that will now be posted every other Saturday. This weeks stop: New York. 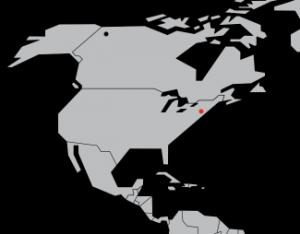 “New York, New York
I want to wake up in a city, that never sleeps.”

Were you ever right mister Sinatra. The blond and I do love that song, we have been listening to it every few minutes during our trip from Canada to New York. Landscapes at some point became a blur between naps, snacks, some reading, and more naps. Busses are extremely boring but they are quicker than boats and cheaper than flying.

But New York… So many sounds, so many smells, so many foodtrucks to check out. After Africa and Canada, it is nice to be in a buzzing town where we can do some decent grocery-shopping and hit a proper shower. Hot water falling from the sky has never been so great. Especially after a night in a town that does indeed not sleep. After a morning walk in Central Park, to get our daily hit of nature, we visited the MoMa, after which we went to a nice restaurant to munch on some oysters, and after that it just became a bit fuzzy. I remember a lot of music and flashing lights. I did like it though, but I’m also happy the blond human is not much of a morning person because my brain did not function until I had my fourth coffee and third hotdog.

Our walks in Central Park make it possible to live in a city like this. It is just so much concrete. Enough pigeons to chase though, but not much fresh air or nice fish. I can understand why people love this city. It is full of life and energy, but I don’t think I would be very happy here. The human is getting quite a workout from carrying me around to make sure I don’t get trampled. Humans are more dangerous than a herd of buffalo’s when they are moving in huge numbers!
I noticed that too in the National History Museum, although I did like that place. It was a bit more quiet and the human wasn’t so stressed about people tripping over me. I was just happy no one stood on my tail for three hours…