Trix’ Travels was created with full cooperation of Trix the cat. She has been perfectly safe and lazy during the entire process that will now be posted every other Saturday. This weeks stop: the Sahara. 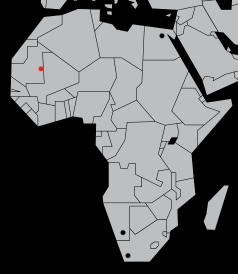 Well, if this is what ‘a ship’ is, then count me out! Annoying swinging from left to right, and it spits too. For some reason, we decided to leave the loud-but-very-nice-bike behind and climbed on this thing called a camel.

This is a serious warning, which should not be ignored by anybody: STAY AWAY FROM CAMELS!
They are loud, mean, and overall just ill-mannered. I thought the crazy blond had a morning-temper, but apparently she is an angel compared to camels. After swinging from one side to another for days, I think I lost 10 kilo’s from throwing up my food alone, and all we have seen are these stinking animals and sand. Loads, loads, and more loads of sand! Sand everywhere! We have entered the world’s biggest litterbox! An unbearably hot litterbox. Even the blond seems to be dead, she has not made a sound in the last couple of hours (which says a lot because sometimes she cannot seem to stop talking). I do wonder how I would explain her death to the officials, without getting our guide in trouble. He does not talk much either, but he chases the camels away from me when we stop for a drink of water in these nice little patches of green, which I think is very nice of him. I think he is also worried about the overheated-one, because he keeps insisting on hurrying through this giant sandbox. But as I said, camels aren’t very cooperative animals, and they can hardly be spurred into running.

So we keep swaying, and we just don’t move to not generate any more heat. I cannot imagine why humans would ever do this for fun, even though our guide told us that his family has been traveling through the desert for many generations. First as guides, later as merchants, and now again as guides. I cannot understand how these people do it. I think he fills his head with icecubes before he leaves home, otherwise his brain would be as boiled as ours…

The end of the 19th century