On one early and freezing cold morning our guide led us into the nature of the Limpopo region in South Africa. For weeks we had seen the most incredible animals and we were all curious about what we could see by travelling on foot for a change. There were no signs, there was no path, and all we saw for the first hour were rocks and trees. One of those rocks was our destination of the day, there were no animals that day. What we got to see, what our guide shared with us were the ancient spirits of South Africa. On this sole rock in the middle of nowhere the ancient San had once painted whole herds of kudu, springboks, humans, a hippo. And one sole giraffe.

That giraffe was so incredibly lifelike with its long legs and red spots, and it was painted far away from the other animals. Giraffes are relatively solitary animals and the distance from the other paintings struck me as it captured the wandering spirit of this animal perfectly. Half of the pictures I took that day are of that lonesome creature. 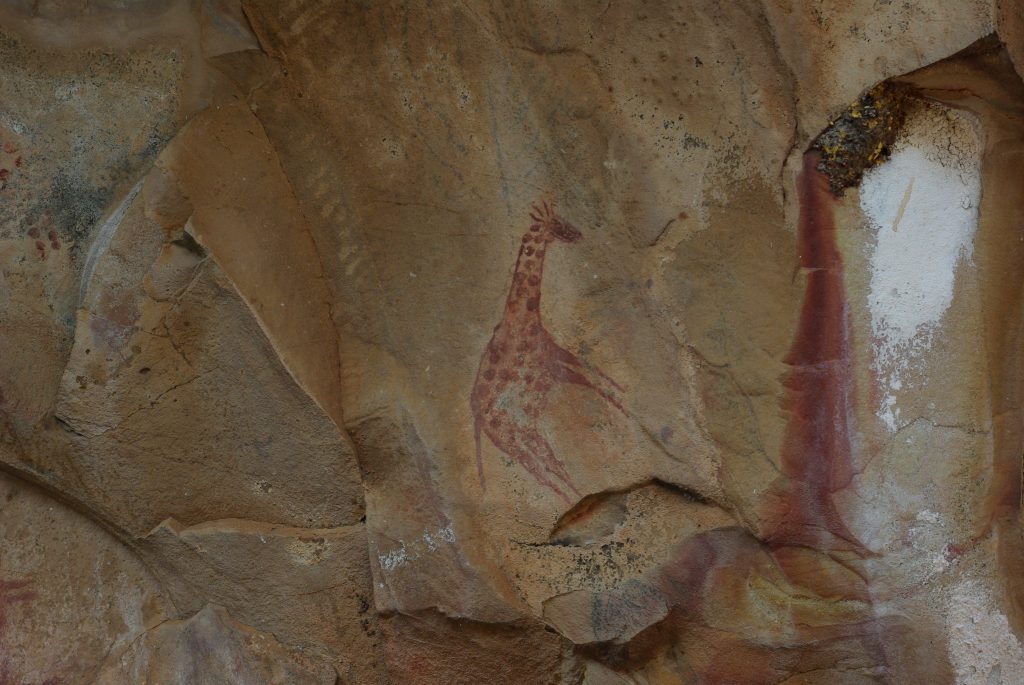 Recently I visited the famous site of the caves of Lascaux, a humbling and wonderful experience, where you can only see replicas to protect the original cave. It was a sharp contrast from this remote site in Limpopo where I easily could have touched the paintings if I wanted to, although our guide would have strongly scolded me if I did.

It’s silent. It is always silent here. A rural area, farmlands everywhere, small villages with sturdy inhabitants that live with nature and the direct surroundings. The only “foreigner”, beside the many English that buy more and more houses in this region, is […]

I realised I was happy. Sitting in the shade of a weathered pine tree I was happy. It wasn’t the prospect of underwater adventure, or the lovely food we just ate. It wasn’t even the blue sky and even blue’er sea that […]

As the cold gets a hold on the city, and my fingers in particular, there is the realisation that whatever I write now will be incomprehensible. I might as well write in hieroglyphs. Still, the Swedish cold doesn’t bother me. It gets […]