Trix’ Travels was created with full cooperation of Trix the cat. She has been perfectly safe and lazy during the entire process that will now be posted every other Saturday. This weeks stop: Australia. 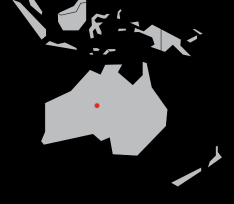 Why is it so hot here? It is winter, right? Right?

Ooh, the crazy blond human (who seems less crazy than I might have seemed just now) explained to me how winter and summer work on the other half of the world. I hadn’t thought about that for one second, nor did I notice that we had changed sides on the world. The blond human explained that there is an old ritual that sailors had to go through when they crossed the equator for the first time. She said it is called the ‘Ritual of Neptune‘, and that it often involves a plunge in the ocean. I reminded her that we crossed that strange invisible line by plane, and not with a ship. And then I said some words that are probably best not to repeat.

Australia is a fascinating country. I saw some really weird animals, and had funny conversations with them as well. There was this one creature, I think it is called a koala, and it was a very funny animal. It seemed as if he was on another planet or something, he kept talking about how he talked to the trees and how they talked back to him. I don’t know what he has been eating, but I think I’m staying away from that stuff. But he was good company though, we shared a nice cool glass of water with ice cubes floating around in them. He liked staring at the cubes, munching on a leaf, as I stared and munched on a nice strip of dried meat. Koala’s are cool creatures, for non-cats of course.
Another animal was a kangaroo, but I didn’t like it as much as the koala. The koala was funny, the kangaroo seemed like a jerk. Kept hopping around our car, showing off. I don’t like jerks like that, especially because we couldn’t leave until he was gone. Because the human had turned off the car, there was no airconditioning and for the first time in my life I hated having a fur coat. It was so warm… And that stupid kangaroo kept showing off its muscles, hopping around like he was all that. We couldn’t even get a nice drink because they were in the camper! I want my koala buddy back…

Trix’ Travels was created with full cooperation of Trix the cat. She has been perfectly safe and lazy during the entire process that will now be posted every other Saturday. This weeks stop: Denmark. Okay, I knew humans were crazy, but they have […]